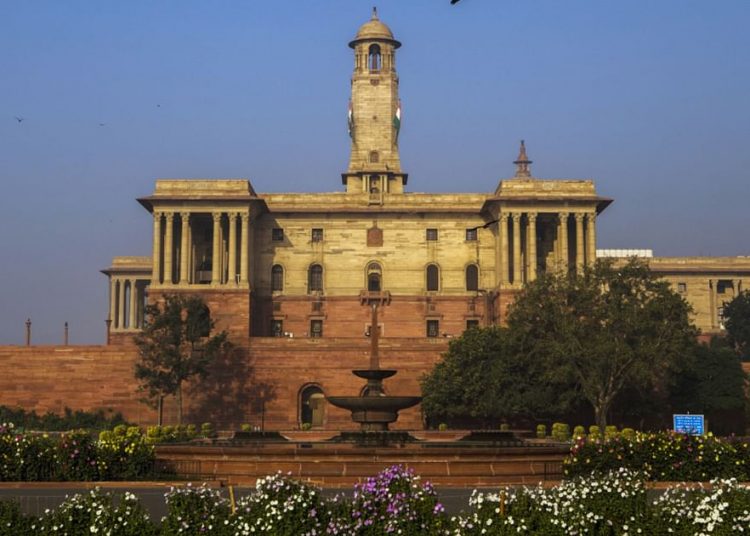 The gross domestic product growth of 0.4% in the December quarter shows that the economy has returned to pre-pandemic times and reflects further strengthening of a V-shaped recovery, the finance ministry said on Friday.

After contracting for two quarters in a row, the Indian economy recorded a 0.4% growth in the October-December quarter, mainly due to good show by farm, manufacturing, services and construction sectors.

The National Statistical Office estimated the economy to contract 8% during the full fiscal.

The economy had shrunk by an unprecedented 24.4% in the April-June quarter bearing the brunt of the lockdowns imposed due to coronavirus pandemic. Economic activity recovered somewhat in the July-September period and the contraction was 7.3%.

“Real GDP growth of 0.4% in Q3 of 2020-21 has returned the economy to the pre-pandemic times of positive growth rates. It is also a reflection of a further strengthening of V-shaped recovery that began in Q2 of 2020-21, after a large GDP contraction in Q1 followed one of the most stringent lockdown imposed by government relative to other countries,” the ministry said in a statement.

The ministry said the initial policy choice of “lives over livelihoods” succeeded by “lives as well as livelihoods” is now bearing positive results converging with the foresight the government had about an imminent V-shaped recovery.

The recovery has been driven by rebounds in both Private Final Consumption Expenditure and Gross Fixed Capital Formation as a combination of astute handling of the lockdown and a calibrated fiscal stimulus has allowed strong economic fundamentals to trigger quick resumption of high activity levels in the economy, it added.

“Besides the overall uptick in the economy, the resurgence of GFCF in Q3 was also triggered by capex in central government that increased year-on-year by 129% in October, 249% in November and 62% in December, 2020,” the ministry added.

It said significant recovery in manufacturing and construction augurs well for the support these sectors are expected to provide to growth in FY2021-22.

“These sectors are vital to the economy to achieve a growth of 11% or more in 2021-22 as they will be impacted most by the counter cyclical fiscal policy that budgets fiscal deficit at 6.8% of GDP,” the ministry said.