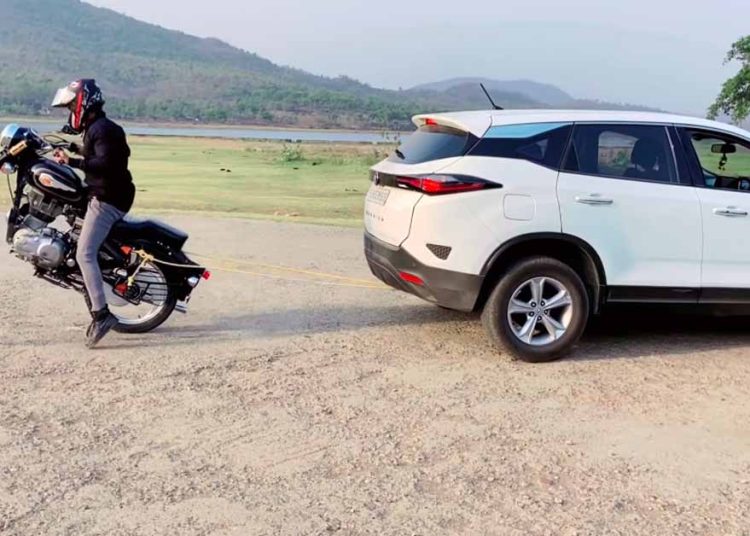 This has to be one of the most bizarre but unique tug of war videos between a bike and an SUV that you’ll see.

A RE Bullet and a Tata Harrier were recently made to perform a tug of war. We understand that it is quite bizarre to do a tug of war between a bike and an SUV. But people seem to like such unique videos. That is the reason why the YouTuber decided to go through with this competition between a powerful bike and a rugged SUV.

You may also like: Suzuki Hayabusa vs 2 KTMs + Pulsar 220 in Classic Tug of War

You may also like: 2 Maruti Brezza vs 1 Mahindra Scorpio in Tug of War

The YouTuber has chosen a location that is isolated. The surface is composed of dirt and mud. Bullet is connected to the rear end of the Harrier using a rope. As the tug of war begins, the rider of the Bullet is seen applying huge force. But the Harrier refuses to bulge. In subsequent attempts, the Bullet is barely able to…

A strong Indian state must be humane too