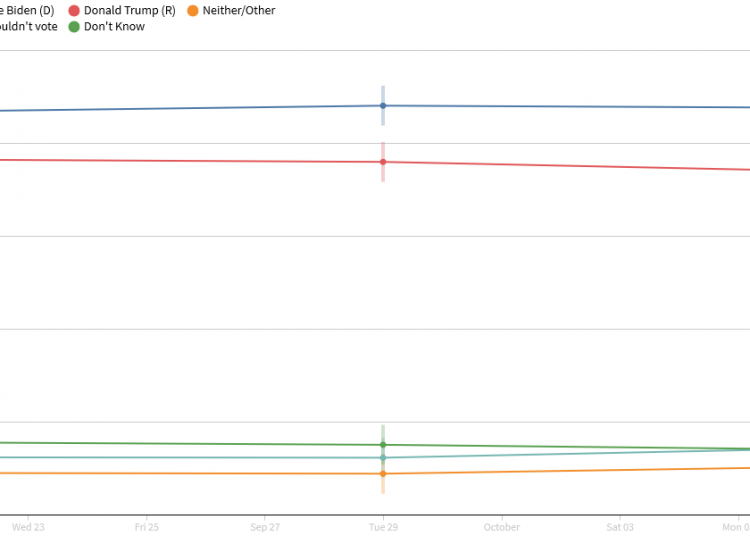 According to the most recent Reuters/Ipsos poll, Biden has increased his presidential race advantage. Now, as the chart below shows, he leads by 7 percent.

I don’t trust in opinion polls. And why is that you might wonder. It is because they measure the popular vote, which doesn’t exactly decide who wins the presidency. We all remember how the polls failed to predict Trump’s victory in 2016, and that is why we must take them with a grain of salt. However, investors have also increased their bets that the Democrat will have a clear-cut victory, as the green technology and trade-linked companies shares that would likely benefit from Democratic policies have climbed recently. The rising possibility of Biden’s triumph and Democrats taking control of the Senate has also increased the Treasury yields in anticipations of higher stimulus packages, as shown in the chart below. 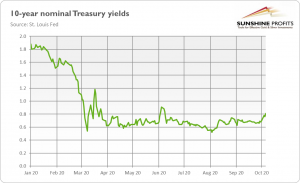 Theoretically, this is bad news for gold, which prefers declining bond yields . But still, gold could also rise amid strengthened expectations of a bigger stimulus package. After all, the federal debt has recently ballooned. Last week, the Congressional Budget Office projected that the U.S. fiscal deficit had hit a record of $3.1 trillion in the 2020 budget year. 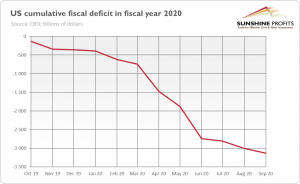 Compared to the GDP , the budget deficit amounts to 15.2 percent, the highest one since 1945. Additionally, 2020 was the fifth year in a row in which the deficit increased as a share of the economy’s size. In a ballooning public debt environment, the U.S. dollar could find itself under downward pressure, which should support the gold prices as a result .

The specter of mammoth debt is the reason why Republicans prefer a smaller stimulus package. However, they are now under immense pressure, as almost all mainstream economists claim that the economic recovery pace will slow down without significant financial support. For example, Jerome Powell, the Fed Chair, in a speech to the National Association for Business Economics , last week reiterated that Congress should provide more fiscal help. “Too little support would lead to a weak recovery, creating unnecessary hardship for households and businesses,” he said. More specifically, the support is more than necessary due to the ongoing coronavirus threat, which drags the economy down. Indeed, things are devastating. As the chart below indicates, the daily number of new Covid-19 cases has risen again to 50,000! 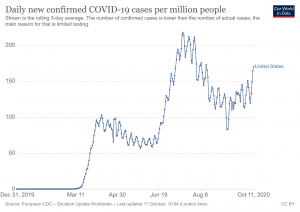 The economic data is not encouraging, as well. Although the unemployment rate decreased further, last month’s employment increase fell short of Wall Street’s estimate, while the initial jobless claims remain elevated. Even more importantly, the high-frequency indicators show little evidence of quick and smooth recovery. For example, Oxford Economic Recovery Index is around 20 percent below the pre-pandemic level.

What does all of the above mean for the gold market? Well, as the chart below shows, gold jumped above $1,900 last week, partially due to the optimistic expectations of a new aid package, as Trump said on Thursday that talks with Congress have restarted over the fresh stimulus. And on Friday, the White House lifted its stimulus offer from $1.6 to $1.8 trillion. Two hundred billion one way or the other, what a difference! 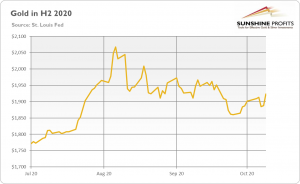 The additional fiscal help would not only further balloon the already mammoth public debt, but it will also force the Fed to at least partially monetize the government’s debt, which would only increase the central bank’s balance sheet . This is good news for the yellow metal.

Of course, there are also some headwinds ahead of gold. For example, the minutes from the ECB’s last monetary policy meeting indicate that the ECB could be more worried about the state of the eurozone’s economy than previously thought and that it is planning additional monetary stimulus, maybe even this year. Even though the gold bugs could welcome additional liquidity from the central banks, the ECB’s new measurements could weaken both the euro and the yellow metal against the US dollar.

Another risk is quicker than expected coronavirus vaccine distribution, which would increase the risk appetite among investors and slightly reduce the demand for gold as a safe-haven .

Nevertheless, the fundamental outlook remains positive for gold . An almost $2 trillion worth of stimulus is coming, which will balloon the public debt and weaken the U.S. dollar. The bond yields have recently increased, but the Fed’s purchases should prevent them from rising too much. All in all, gold should shine in such a macroeconomic environment.

If you enjoyed today’s free gold report , we invite you to check out our premium services. We provide much more detailed fundamental analyses of the gold market in our monthly Gold Market Overview reports and we provide daily Gold & Silver Trading Alerts with clear buy and sell signals. In order to enjoy our gold analyses in their full scope, we invite you to subscribe today . If you’re not ready to subscribe yet though and are not on our gold mailing list yet, we urge you to sign up. It’s free and if you don’t like it, you can easily unsubscribe. Sign up today! 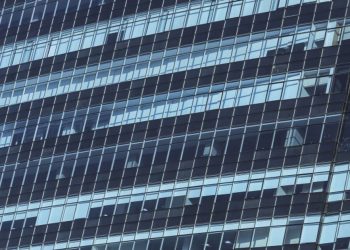 RMZ Corp. To Sell Assets Worth $2 Billion To Brookfield 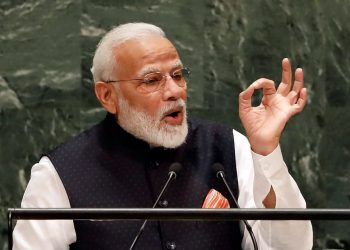 Future Will Be Shaped By Societies That Invest In Science, Says Prime Minister Modi 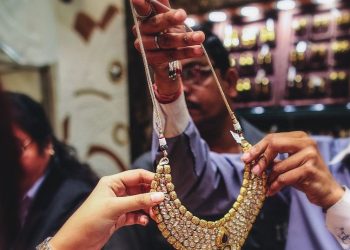 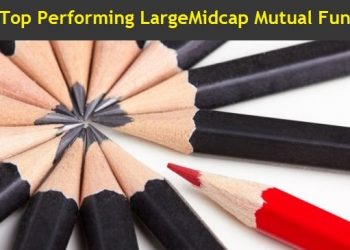 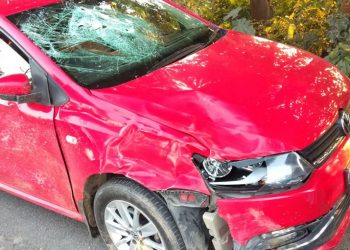