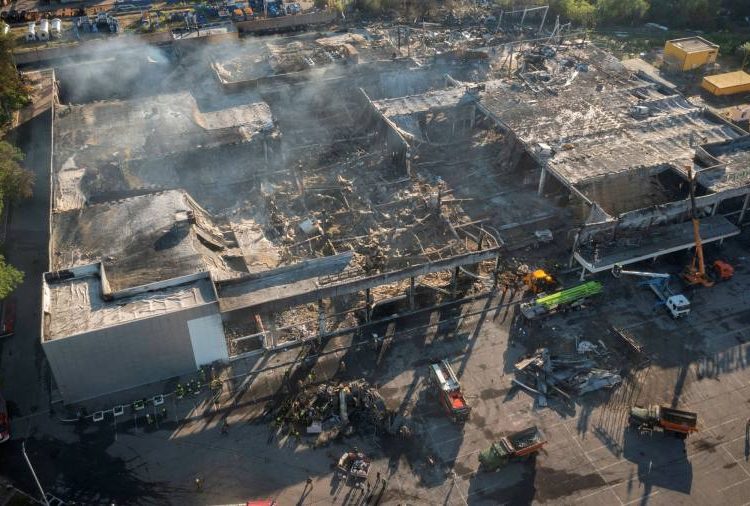 Russia’s defence ministry has admitted responsibility for a missile strike that destroyed a shopping centre in a central Ukrainian city but denied reports of civilian casualties, saying it had hit a military target.

Ukrainian officials said at least 20 people died in Monday’s air strike on Kremenchuk, 25 were being treated in hospital and 40 were missing. Rescue workers are still searching the site and authorities expect the death toll to rise.

The attack, which is likely to lead to one of the worst civilian death tolls in a single strike since Russia’s invasion of its neighbour in February, was the latest in a series of missile strikes in a conflict that shows no sign of abating.

Dmitry Peskov, spokesman for Russian president Vladimir Putin, said the war was going “according to plan” and that it would only end once Ukraine capitulated to Moscow’s demands.

“The Ukrainian side can end everything by the end of today. They just need to order Ukrainian troops to lay…

You could get your DA by July, know details here

Deaths Data Shows 80% of South Africans May Have Had Covid