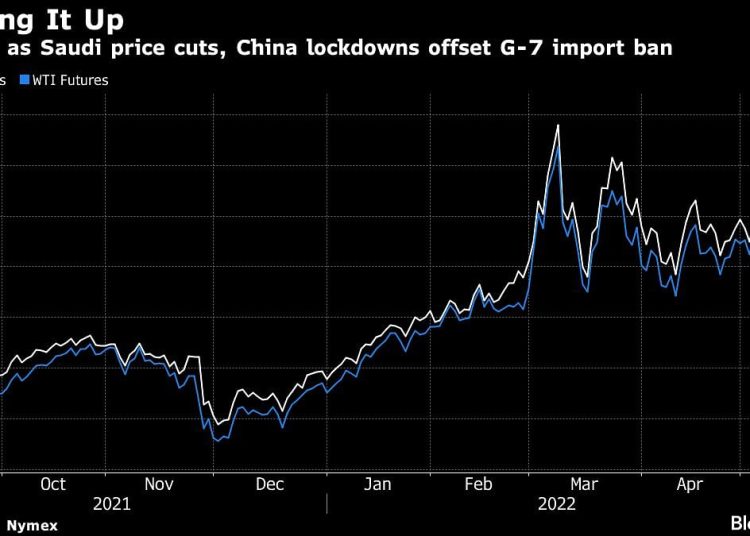 (Bloomberg) — Ukraine rejected on Monday President Vladimir Putin’s attempt to justify Russia’s invasion as an effort to defend the homeland and compare it to the Second World War.

In a speech marking the defeat of Nazi Germany, Putin called the conflict with Ukraine and NATO inevitable as they planned to attack eastern areas controlled by pro-Russian separatists and invade Crimea. Moscow’s annual Red Square military parade has taken on additional significance as Putin seeks to explain his army’s struggle to make gains after 10 weeks of war.

Mykhailo Podolyak, an adviser to Ukraine’s leader, said on Twitter that “the Russian military is dying, not defending their country, but trying to occupy another.”

WATCH: Speaking at the military parade, Putin said Russian troops are fighting “for the security of our homeland.” (Russian with English subtitles.)Source: Bloomberg

The country, which accounts for roughly 10% of global oil output, has seen production fall by more than 9% since the invasion of Ukraine. Russia has faced an unprecedented wave of economic sanctions, many of which didn’t directly target oil but nevertheless disrupted exports and domestic fuel demand.

“If you look at the indicators at the start of May, they are better than in April,” Russian state agency Tass reported, citing Deputy Prime Minister Alexander Novak. “We expect that indicators will partly recover in May and will be better.”

The European Union is set to weaken its sanctions package on Russian oil after a weekend of wrangling, though it aims to keep a key provision on shipping that would hinder Moscow’s ability to export its crude globally.

The bloc will drop a proposed ban on EU vessels from transporting Russian oil to third countries, while retaining a plan to prohibit insuring those shipments, according to documents seen by Bloomberg and people familiar with the matter.

Prohibiting European vessels from transporting Russian oil to any destination in the world would have further dented Moscow’s exports — a vital source of hard currency.

Ukraine’s grain exports were far below normal levels in April as the war affected the operation of terminals and ports on the Black Sea, Agriculture Minister Mykola Solskyi said.

Ukraine normally could ship 5 million tons or more of grain monthly via its ports, Solskyi said. Grain exports in April totaled about 1.1 million tons, up 200,000 tons from the previous month due to added capacity at Danube ports.

A shortage of Ukrainian grain will become more noticeable on global markets in two to three months unless Black Sea ports can be unblocked. The planting season has been going slower than last year as farmers have limited cash, fuel, inputs, machines and time.

Chinese imports from Russia surged to a record in April, likely due to soaring global energy prices, while exports fell to the lowest level since the early months of the pandemic.

Chinese companies bought $8.9 billion worth of goods from Russia in April, an almost 57% jump from the same month a year ago. That rise came even though total imports from the whole world were unchanged and underlines the closeness of ties between the two nations.

China has refrained from sanctioning Russia even as the Group of Seven and European nations look to stop all oil purchases from Russia.

Millions of Ukrainians were killed during the Second World War and Moscow would not be allowed to take the credit for their role in fighting the Nazis, President Volodymyr Zelenskiy said.

“We will not allow anyone to annex this victory, we won’t allow it to be appropriated,” Zelenskiy said in a video address as he took a stroll down Khreshchatyk Street, the boulevard in Kyiv where parades are held.

His comments follow a Victory Day speech in which Putin couched the invasion of Ukraine as a fight to defend the Russian homeland from what he said was an impending attack on territories controlled by pro-Russian separatists.

Valery Gerasimov, the chairman of Russia’s Joint Chiefs of Staff, wasn’t shown on state television during Moscow’s annual Victory Day parade on Red Square. His absence at the pomp-filled event that Putin presided over comes in contrast with last year’s parade, when he was shown in the tributes with other top officials.

Kremlin watchers have a tradition that dates back to the Soviet era of following who stands where during public Red Square events for insight into Moscow’s opaque political culture.

Volkov tweeted that the weather in Novosibirsk was mostly sunny and 12 degrees Celsius (54 degrees Fahrenheit), while it was 19 degrees Celsius in Yekaterinburg, and photographs didn’t show any bad conditions.

The forecast in Moscow was for scattered showers, but during the parade there were only scattered clouds visible.

Sweden’s ruling party, the Social Democrats, will announce its stance on membership in the NATO defense bloc on Sunday, May 15, according to a report by state broadcaster SVT.

Finland is expected to apply for entry before May 17, while Sweden’s stance has been less clear. Both Nordic nations have in past days been winning assurances of help if threatened by Russia in the interim period between an expected application to join the bloc and an eventual entry.

About 11,000 troops marched across Red Square in Moscow, with nuclear missile launchers, tanks and air-defense systems due later, as cities across Russia marked the end of World War II with parades and pageantry.

“Today, you’re defending what our fathers, grandfathers and great grandfathers fought for,” Putin told the troops at the beginning of the Moscow parade.

A Russian missile hit a Jewish cemetery in Hlukhiv near the Russian border on Sunday as residential areas in the south and east of Ukraine continued to face attack, the Ukrainian General Staff said.

Seven people were killed and 11 wounded in Luhansk and Kharkiv over the past 24 hours, it said.

Luhansk Governor Serhiy Haiday said on Telegram there would be no evacuations from Luhansk Monday as Russian forces were shelling the Lysychansk-Bakhmut highway. He said fighting was also hindering rescue efforts in Bilohorivka, with no new bodies recovered from the rubble of a destroyed school in the area.

German Chancellor Olaf Scholz defended his government’s efforts to support Ukraine in a bid to revive his flagging popularity after voters delivered a bruising defeat for his party.

The 63-year-old Social Democrat is struggling to regain momentum after getting battered at home and abroad for dragging his feet on supplying Ukraine with heavy weapons and halting Russian energy imports. The fallout of a disjointed approach to the conflict became clear on Sunday, with the SPD suffering its first defeat since he took office in December.

Scholz’s party slumped to third in Schleswig-Holstein, tumbling by about 11 percentage points compared with the previous election in 2017.

Oil fluctuated as investors weighed a pledge by the Group of Seven to ban imports of Russian crude against a cut in official prices by Saudi Arabia and the impact of China’s energy-sapping lockdowns.

WATCH: Leaders of the Group of Seven countries pledged to ban the import of Russian oil in response to President Vladimir Putin’s war in Ukraine.Source: Bloomberg

West Texas Intermediate traded near $110 a barrel after earlier losing as much as 1.7%. The U.S. and the U.K. have already moved to ban imports of Russian fuel in response… 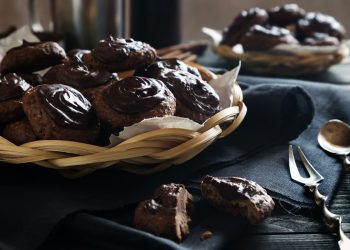