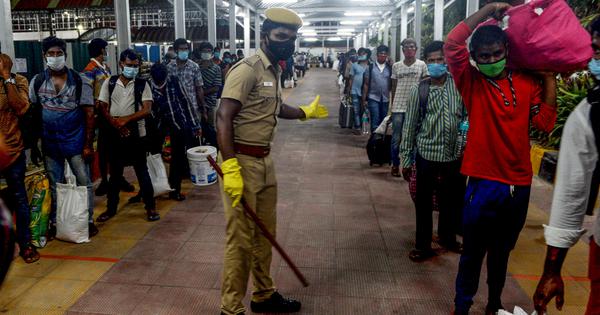 The Centre on Friday told the Rajya Sabha that 97 people died till September 9 on board the Shramik Special trains, which were run to carry migrant workers to their home states during the coronavirus-induced lockdown. This is the first admission from the Narendra Modi government about the total deaths on board these special trains.

“Based on the data provided by state police, 97 persons have been reported dead till 09.09.2020 while travelling on board Shramik Special trains during current Covid-19 situation/crisis,” Union Railway Minister Piyush Goyal said in a written reply to Trinamool Congress MP Derek O’Brien’s question in Rajya Sabha.

“The state police registers case under Section 174 [police to enquire and report on suicide, etc] of Code of Criminal Procedure in cases of unnatural deaths and follows further legal process,” Goyal added.

Unlike regional films, I couldn’t make a mark in Hindi films. They need star power which is why I get fringe characters: Sachin Khedekar - bollywood

Mamata Banerjee lashes out at UP govt, Centre over Hathras incident