9th round of talks between government, farmer leaders underway in Delhi 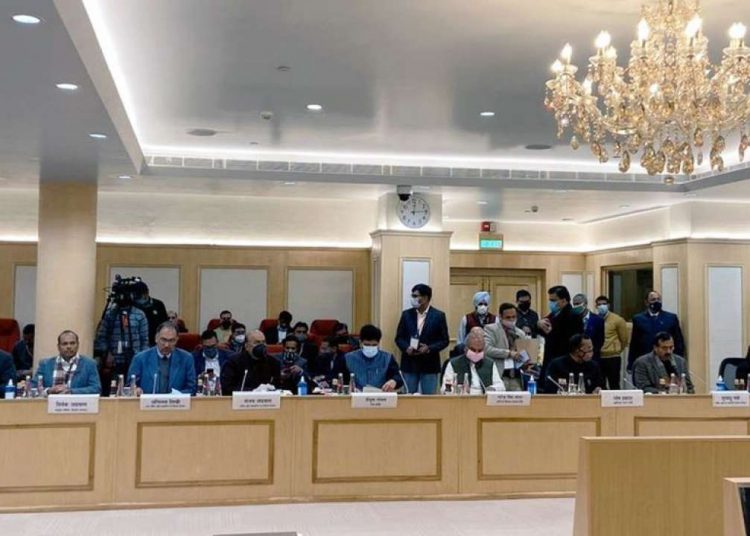 The ninth round of talks between Centre and representative of farmer unions protesting on Delhi borders against the three newly passed farm laws began at Vigyan Bhawan in Delhi on Friday.

Ahead of the meeting, Rakesh Tikait, spokespersons of Bharatiya Kisan Union (BHU) reiterated that to resolve the issues of protesting farmers, the government will have to repeal the three newly passed laws.

“Government needs to devise a plan to scrap the three laws and give legal guarantee for minimum support price,” said Tikait.

Meanwhile, Union Agriculture Minister Narendra Singh welcomed Supreme Court ruling on farmers’ agitation and though the government is still trying to solve the issues with dialogue, however, it will present its case before the court-mandated committee when summoned by it.