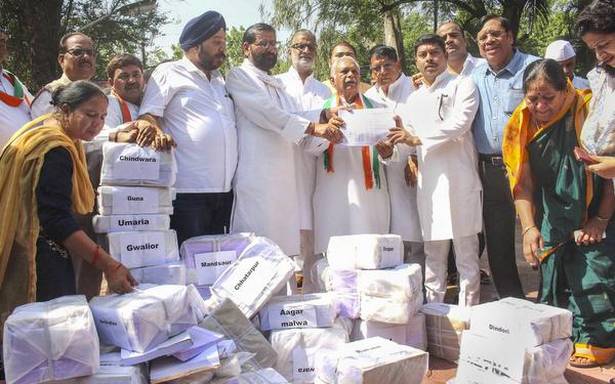 Speaking to reporters here, Mr. Singh said: “Wrong information has been sent to the Vidhan Sabha. It will be inquired into and corrected.”

Mr. Patel, during a single-day Assembly session on Monday, had made a written admission in reply to questions by former Congress Ministers Jaivardhan Singh and Bala Bachchan, stating that farm loans of nearly 27 lakh farmers had been waived since December 2018, effectively during the Congress government. The reply had embarrassed the BJP, which had often assailed the Congress claiming it had reneged on its election promise of waiving farm loans within 10 days of coming to power.

'Are People To Be Left To Die?' Vaccine Pleas Fill UN Summit

LIC Health Insurance Arogya Rakshak No. 906 – Should you buy?