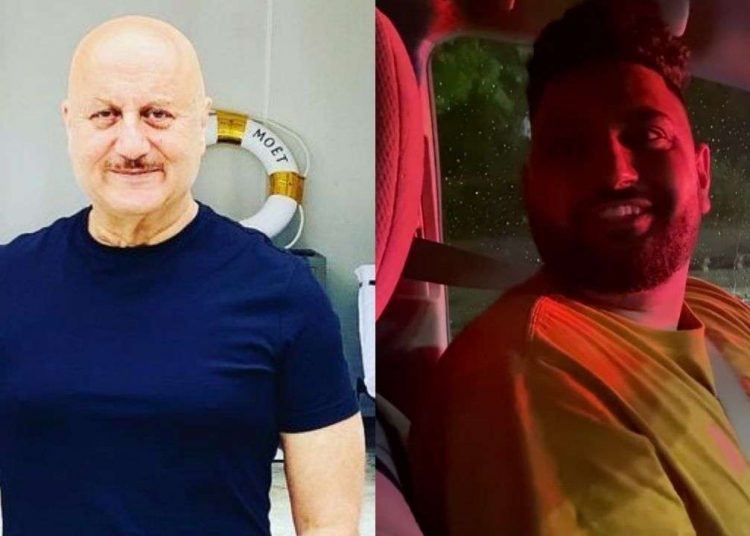 Anupam Kher is very active on social media and regularly shares snippets of his life on Instagram. Anupam, who has been in the US for several weeks now shooting for his upcoming film ‘Shiv Shastri Balboa’, recently took to Instagram to share a video of his interaction with fan, a cab driver who failed to recognise him.

In the video, Anupam can be seen casually talking to the cab driver who is visible in the video. The driver, named Jaskaran narrates that he is from Amritsar and asked the actor where is he from. Jaskaran then takes his mask off and poses for the video when Kher asked him whose name is it on the cab.

Suddenly, Jaskaran realises that it is infact the actor who is sitting in his cab. He looked surprised and elated on meeting Anupam. He shared that this has happened to him for the first time and called himself lucky.

While sharing the video, Anupam captioned the post as, “Encounters in NY My cab driver from Amritsar #JaskaranBhullar was a chatty…