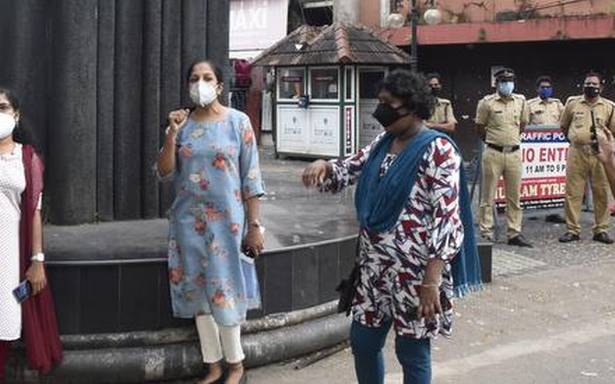 The Kerala police on Sunday registered a case against three women activists, including dubbing artiste Bhagyalakshmi, who on Saturday attacked a man who had posted a viral video with derogatory and abusive comments against women.

The police had earlier registered a case against the man, one Vijay P. Nair, residing near Gandhari Amman Koil here, for outraging the modesty of women.

Mr. Nair had allegedly posted videos on his YouTube channel with derogatory comments against the dubbing artiste and a few other women. This video and others of a similar nature that he had posted in recent weeks have gone viral. The three women confronted and attacked him at his residence on Saturday. He later lodged a complaint with the Thampanoor police.

The case was filed under IPC Sections 323 (for voluntarily causing hurt), 294(b) (for reciting or uttering any obscene song or words, in or near any…