Delivery partner who punched customer out on bail, claims woman attacked him first 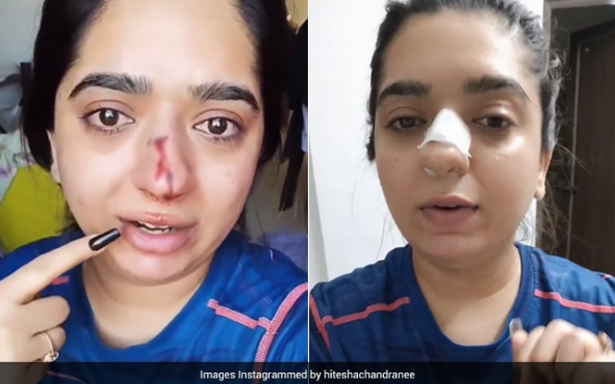 The delivery partner who was arrested on Wednesday for allegedly punching a customer on her nose after they got into an argument was let out on station bail. The accused, Kamaraj, who has since been let go by food delivery app Zomato, told the police that the woman not only abused him but also attacked him with a slipper, following which he punched her in self-defence.

“We are probing these allegations, as the victim has claimed to have attacked him only after he fractured her nose,” said a senior police officer.

The incident came to light when make-up artist Hitesha Chandranee posted a video online describing the alleged attack, which occurred on March 9. She had ordered food around 3.30 p.m. and the delivery was expected within an hour. When the food did not arrive, she called the firm’s customer care number to lodge a complaint seeking a free delivery or cancellation of the order. When she was on the phone, Kamaraj arrived with the food. The two got into a fight. Ms….

China All but Ends Hong Kong Democracy With ‘Patriots Only’ Rule

A Case Study With Steve Ohanians