Denmark vs Wales, Italy vs Austria to kick off knockout stage 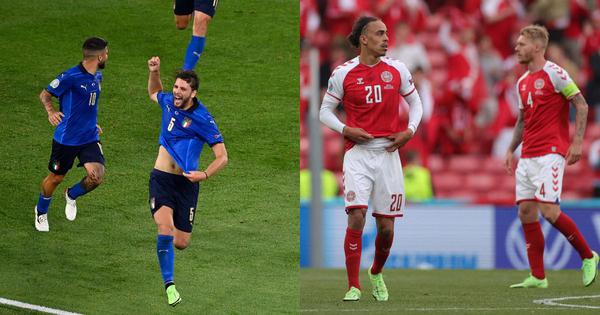 After a group stage of plenty of thrills and spills, the knockout matches at Euro 2020 begin from Saturday with Denmark taking on Wales first up, followed by red-hot Italy taking on Australia.

Here’s a preview of the two ties and everything you need to know about the match-ups:

Gareth Bale and Wales may have been the neutrals’ favourites during their rousing run to the semi-finals of the last European Championship, but as they prepare to face Denmark in the last 16 at Euro 2020 in Amsterdam on Saturday the goodwill is likely to all be for their opponents.

The Danes managed to qualify for the knockout phase in second place in their group despite the enormous emotional impact of Christian Eriksen’s cardiac arrest during their opening game against Finland in Copenhagen.

After the trauma of seeing their star player require CPR on the pitch, Kasper Hjulmand’s team lost 1-0 to their Nordic neighbours and then went down 2-1 to Belgium, but a…

The common hawk-cuckoo calls the tune

Answer these general knowledge questions to get success in exams