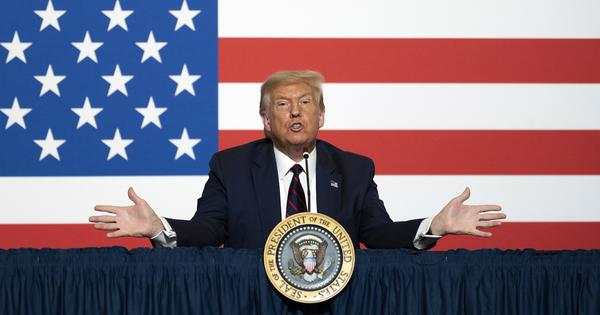 United States President Donald Trump on Wednesday declined to commit to a peaceful transfer of power if he loses the upcoming presidential elections, AP reported. Trump claimed that even if he ended up losing, it would be because of fraudulent postal ballot voting and not because more Americans voted against him.

“We’re going to have to see what happens,” Trump told reporters. “You know that I’ve been complaining very strongly about the ballots, and the ballots are a disaster.”

Trump has repeatedly argued that voting through mail is a “catastrophic disaster” that leads to inaccurate counting or fraud, but has not provided any proof of fraud so far. He had even floated the idea to delay the poll, which is due in November, arguing that the election would become “the most inaccurate and fraudulent” in history.

Trump on Wednesday appeared to suggest that…