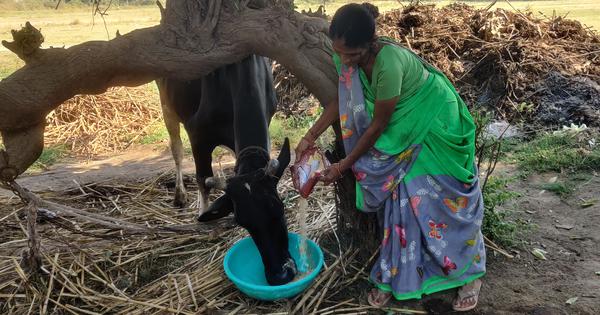 When 28-year-old Ekta Chawda was pregnant last year, the local anganwadi in Pamol village, an hour’s ride from Vadodara, gave her three packets containing a soft white mixture every month. Each 1.5kg packet of the mixture, made up of wheat, gram flour, soyabean flour, sugar, oil, rice, and maize, was protein and nutrient-rich.

Chawda would add ghee to the mixture to cook a sweet dish – sheera – or make theplas, both commonly consumed in Gujarat. “I never liked the taste, but I ate it,” she said.

With Chawda’s family engaged in farm labour, there was little money to spend on food while she was pregnant, and the food mixture distributed by the anganwadi filled a vital nutrition gap. Local anganwadi centres, under the state’s women and child development department, provide care and nutrition for children under six years of age, and pregnant and lactating women.

Another Hindu Temple Vandalised in Australia, Second in a Week