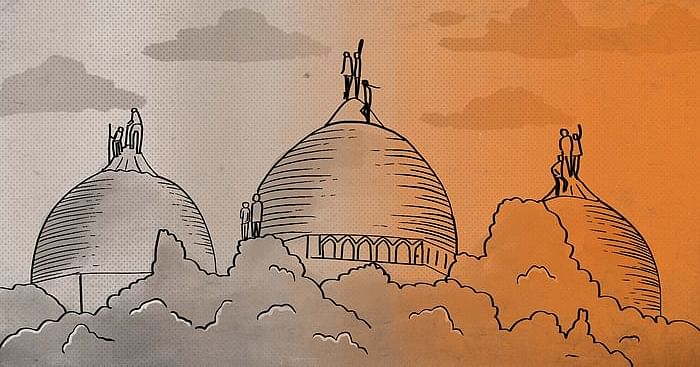 Does New Mosque Represent New Resolve To Offer A Dignified Life To Muslims?

In his speech after performing bhoomi pujan, Modi had said the temple epitomised India’s culture, eternal hope, national sentiment and was a emblem of collective will of the citizens. He added, the shrine would inspire hope, devotion and determination in the minds of future generations.

Amid these claims, it needs to be asked, what does the mosque and its other facilities represent and symbolise?

Will it be representative of a new national resolve to provide a life of dignity and recognition of identity for the country’s largest religious minority?

Or, will the mosque complex symbolise a marginalised community that merely exists, unseen and disregarded?

Of the 464 years that the Babri Masjid existed, 136 years were as a contested mosque. Despite ceding land to the temple being built and having been ‘banished’ from the precincts of the ‘original’ Ayodhya (the district was named Faizabad before 2018 and the town…