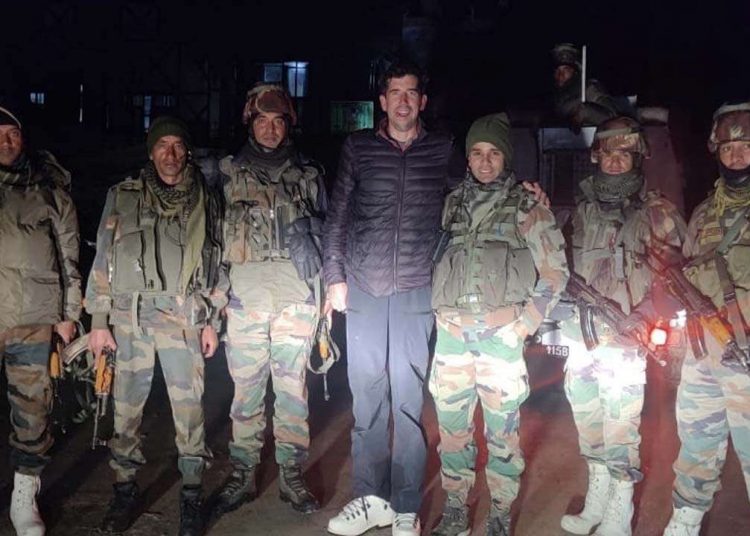 A British foreign national and a skii enthusiast, Mr Lachlan Stewart, who was on a Ski trip to Gulmarg, lost his track while skiing at Afarwat/Gondola Phase 2 on January 31, 2021.

An army statement reads, “After struggling for two hours in heavy snow, he reached the other side of Afarwat towards dense jungle at around 5 pm. Having landed up in a ‘no telephone signal’ zone, the individual was unable to contact his hotel staff or anyone else.”

“He was spotted by an Army Patrol party of Gulmarg Battalion and was rescued to their nearest Company Operating Base. It was a great relief for the individual as he was drenching wet after negotiating Nalas and snow in wilderness. The individual was treated with great hospitality as per the ethos of the Army, and was given new pair of shoes, shocks and warm refreshments.” Reads and army statement.

Mr Lachlan Stewart said, “I am in Gulmarg from a week. This morning I went for hike to afarwat peak. I went for skiing in phase 2….

Nothing major or special for AP, officials tell CM at review meet