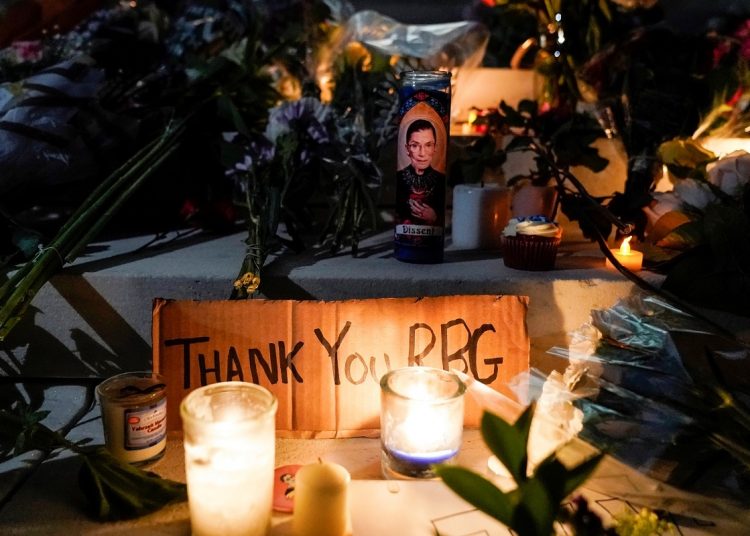 The death of Ruth Bader Ginsburg sounded a warning for American progressives, thousands of whom — wracked with ever-deepening concern for the future — gathered Saturday outside the Supreme Court in Washington to honor the late justice.

As evening fell with a sudden September chill, a constant stream of families and young people gathered for a second night — just 45 days from the US presidential election — to pay homage to the progressive icon, affectionately referred to as “RBG.”


“Ruth, I didn’t know you, but you affected my life in many ways,” says one of many letters placed at the foot of the court building, among flowers, rainbow flags and Ginsburg bobblehead figurines.

Shiv Sena, Congress & The History of an Unlikely Alliance