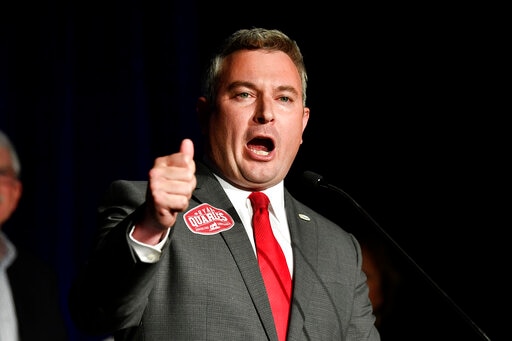 FRANKFORT, Ky.: Republican leaders had a duty to promote COVID-19 vaccinations at Kentucky’s marquee political event, and their failure to do so showed they put politics above the very lives of our people, Democratic Gov. Andy Beshear said Monday.

GOP speakers at the Fancy Farm picnic last Saturday lambasted Beshear for his now-lifted restrictions on businesses and gatherings to combat the virus. Two Republicans who are expected to compete for Beshear’s job in 2023 accused the governor of infringing on individual liberties.

Such arguments give people excuses not to do their part and get vaccinated, Beshear told The Associated Press. All the Republican speakers had to do was take one minute away from their personal ambition and promote the shots, he said.

The non-election year speeches came as Kentucky faces a surge in COVID-19 cases, leading to increased hospitalizations and concerns the death toll will spike. Beshear on Monday faulted the Republican speakers for what they…

Some Climate Change Effects May Be Irreversible, U.N. Panel Says

15-year-old kills mother with a karate belt, tries to pass it off as suicide