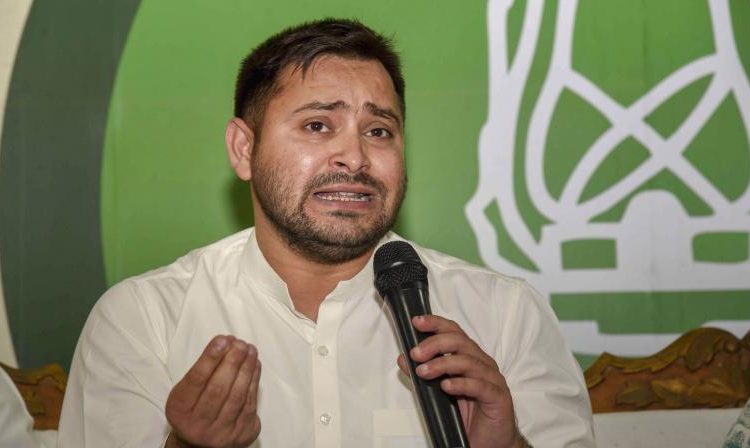 Patna: The opposition Grand Alliance in Bihar on Friday declared it will organise a human chain across the state on Saturday to express solidarity with the farmers agitating against the farm laws.

Making the announcement at a press conference here,leader of the opposition Tejashwi Yadav trained his guns at Chief Minister Nitish Kumar, questioning his “silence” on the legislations which “hold out the spectre of reducing farmers to beggars”.

“We are baffled by the chief ministers reluctance to state where he stands on the issue. Does he think the agitating farmers are justified in hitting the streets or does he share the BJPs position that they are committing a mistake?……it is hard to believe that Nitish Kumar has his roots in the socialist movement”, Yadav fumed.

The former Deputy CM deplored the failure of the chief minister, as also Prime Minister Narendra Modi, to come out with “even a tweet” expressing sympathy for the agitating farmers many of whom have lost…