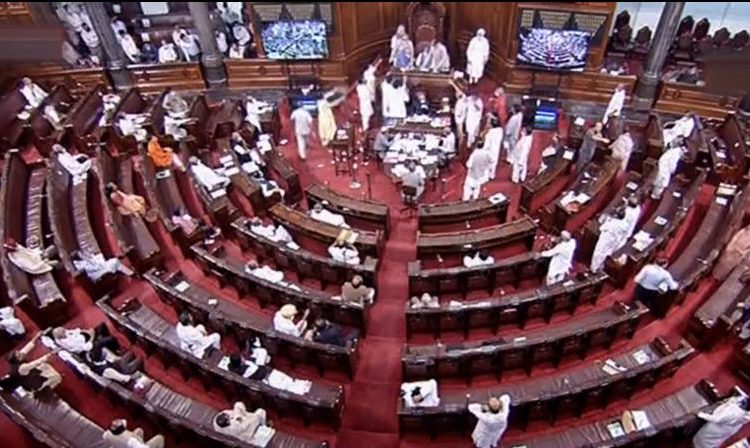 New Delhi: Some opposition members led by the TMC climbed on to the chairman’s podium, tore official papers, and heckled the presiding officer as they opposed the government’s push to pass two contentious farm bills on Sunday without considering their demand for sending the proposed legislations to a house committee.

Ruckus prevailed after Deputy Chairman Harivansh overruled opposition pleas for postponing Agriculture Minister Narendra Singh Tomar’s reply to the debate on the two bills till Monday as the scheduled sitting time of the House was over.

As slogan-shouting opposition members rushed into the well, Harivansh put motions by Congress, TMC, DMK and CPM members for sending the bills to a select committee of Rajya Sabha for greater scrutiny, for vote.

He declared the motions have been negated by voice vote even as movers of the motion sought division of votes.

Gareth Bale, Tottenham Hotspur reunite with an aim to bring back glory days