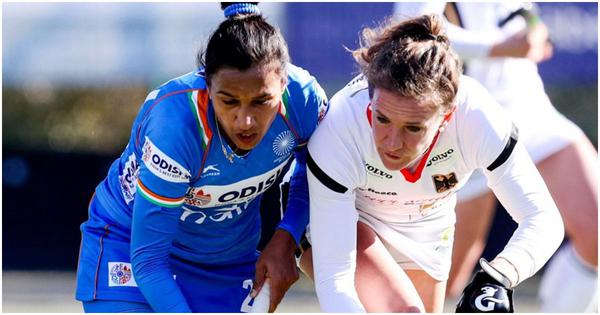 The Indian women’s hockey team lost 0-1 against Germany in Dusseldorf on Sunday in their second tour game, putting in a much-improved show from their 0-5 thrashing in the opening match.

Amelie Wortmann (24th minute) scored the only goal of the game as the Germans held on to their slender advantage to take a 2-0 lead in the four-match series.

Midfielder Wortmann put her side in the lead six minutes before the end of the second quarter.

The Indian side responded quickly, earning a penalty corner just three minutes after going behind, but were unable to breach past the German backline.

The Germans had the chance to double their lead early into the third quarter after being awarded another penalty corner, but yet again, the resolute Indian defence kept them at bay.

The Indian side continued to frustrate the Germans, this time in the fourth quarter, as they kept out a penalty corner for the third time in the match. But Germany protected their lead to earn a hard-fought win.

The Startups That Caught Our Eye In February 2021

Telangana tops in PDAs; Funds lying unused in banks to be reclaimed