Karnataka asks Centre for 1,500 tonnes of oxygen, one lakh vials of Remdesivir 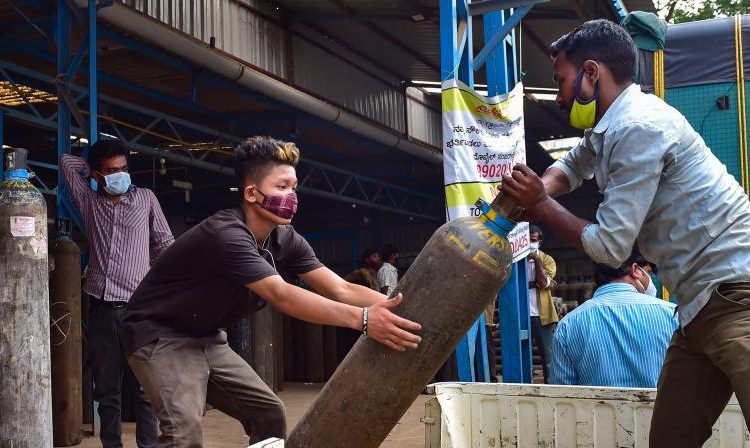 Bengaluru: Karnataka has asked the Centre to supply 1,500 metric tonnes of oxygen and one lakh vials of Remdesivir in view of the growing COVID cases in the state.

“We have estimated that in the next one month, we may require 1,500 metric tonnes of oxygen. In this regard, Chief Minister B S Yediyurappa has written to Union Minister for Railways, Commerce and Industries Piyush Goyal,” state Health Minister Dr K Sudhakar told reporters here on Thursday.

He said he too has written to the Union Minister for Health and Family Welfare Dr Harsh Vardhan for supply of oxygen.

Sudhakar said the state government had a meeting with the major oxygen generators in the state.

Of them JSW Steel is the largest one.

“We had a meeting with Sajjan Jindal and he has assured us to supply as much oxygen required in the state,” Sudhakar said.

The Minister said after the meeting JSW steel supplied 40 metric tonnes in the last two days required for Bengaluru.

Besides this, the State has…

Why Remdesivir is no ‘Ram-Ban’ to cure COVID-19

Can States Achieve What Modi Couldn’t?