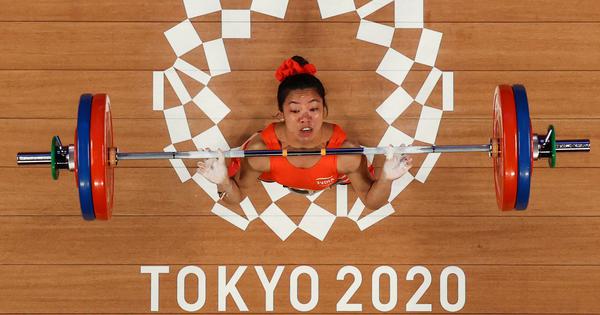 After achieving on Saturday what only one other Indian woman before her had done in the history of Olympic Games, Saikhom Mirabai Chanu had a few simple wishes. A little celebration. A slice of pizza. She loves pizza.

She has hardly been home in the last five years and the mention of her mother lights up her face during an interaction with the media. Brighter than the silver medal she has around her neck.

The smile is still there. The joy of winning India’s second silver in history by a female athlete. The relief of ending a 21-year wait for a second weightlifting medal. The lifting of the weight, first in the literal sense and then the metaphoric one. The smile has been there through all of it.

Simple desires and smiles on a sensational Saturday, at the end of years and years of hard work.

Simplicity and smiles were exactly what was missing at the end of her campaign in Rio de Janeiro. Her Olympic Games debut did not go per plan. The pressure of the first Games is…