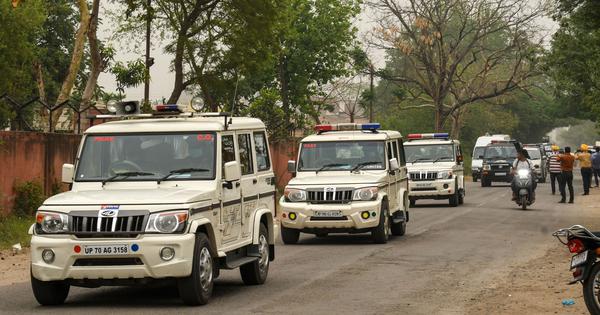 The wife of Bahujan Samaj Party MLA Mukhtar Ansari has moved the Supreme Court, seeking directions to the Uttar Pradesh Police and jail authorities to ensure that her husband gets a “free and fair trial” in the criminal case against him and does not end up being killed in a fake encounter, Bar & Bench reported on Tuesday.

In her plea, Mukhtar Ansari’s wife Afshan Ansari has urged the court to grant the gangster-turned-politician security and protection when he is shifted to Uttar Pradesh’s Banda jail, lodged there and when he is produced before the court. She has cited an imminent threat to Mukhtar Ansari’s life.

In her plea, Ansari’s wife claimed that various attempts were made to kill her husband and many threats were given to him. The plea alleged that Brajesh Singh, a member of the mafia and part of the Uttar Pradesh government, was conspiring to kill Mukhtar Ansari with the aid of the state government.

‘Aim is to Vaccinate Those Who Need it’: Centre on Vaccine Drive

Posters not to be pasted outside homes of COVID-19 positive persons: AAP govt to HC