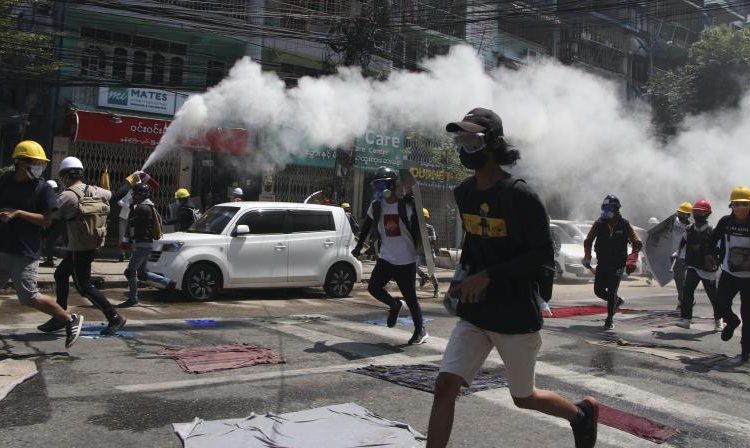 Yangon: Demonstrators in Myanmar’s biggest city came out Monday night for their first mass protests in defiance of an 8 pm curfew, seeking to show support for an estimated 200 students trapped by security forces in a small area of one neighbourhood.

The students and other civilians earlier took part in one of the many daily protests across the country against the military’s seizure of power last month that ousted the elected government of Aung San Suu Kyi.

The military government also placed a major curb on media coverage of the crisis. It announced that the licenses of five local media outlets  Mizzima, DVB, Khit Thit Media, Myanmar Now and 7Day News  have been canceled.

These media companies are no longer allowed to broadcast or write or give information by using any kind of media platform or using any media technology, it said on state broadcaster MRTV.

All five had been offering extensive coverage of the protests, often with live steaming video online. The…

Our bench strength is strong, standards won’t be drop during transition, says Kohli