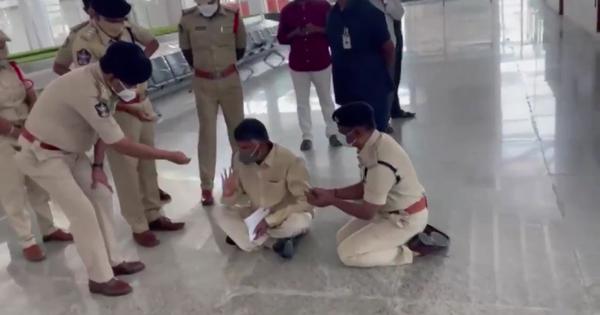 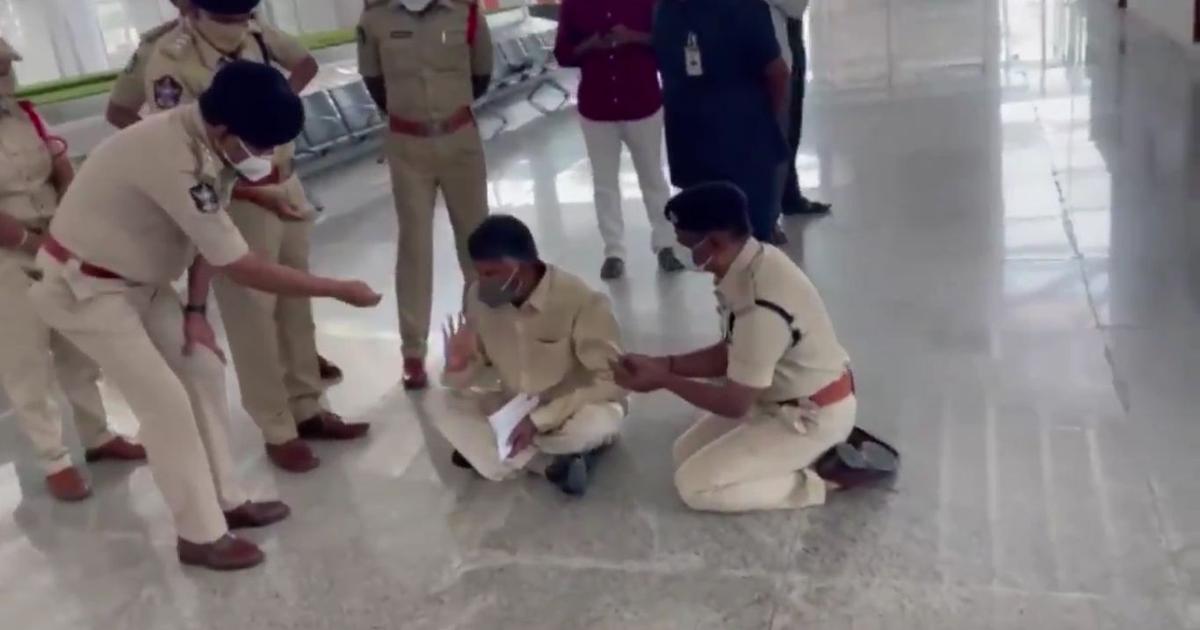 Former Andhra Pradesh Chief Minister and Telugu Desam Party President N Chandrababu Naidu was on Monday detained at the Tirupati airport while he was on his way to Chittoor to take part in a protest against the alleged high-handedness of the ruling state government, reported The Indian Express.

Visuals of the incident showed the TDP chief squatting on the floor, staging a sit-in protest as police officials tried to pacify him.

“What is this… don’t I have fundamental rights to meet the collector?” Naidu could be heard asking. “What is happening to this country? I worked for 14 years as chief minister. I am the leader of Opposition. What is this tamasha [drama]. Why did you detain me? You didn’t give me permission… I will sit right here.” The police detained Naidu, citing Covid-19 rules and the election code of conduct in force ahead of the Andhra Pradesh urban body elections, according to The News Minute.