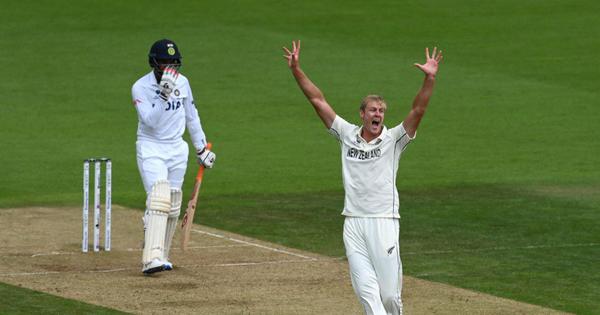 An absorbing day of high-quality cricket, cut short by bad light despite the floodlights being on full beam, ended with New Zealand 101-2 in reply to India’s first innings 217, a deficit of 116 runs.

New Zealand opener Devon Conway fell for 54 shortly before stumps – his third score of over fifty in just five Test innings following the 29-year-old left-hander’s stunning 200 on debut against England at Lord’s this month.

Jamieson is also in the early stages of his Test career yet the towering paceman still had a miserly return of 5-31 in 22 overs, including 12 maidens.

Rahul Vaidya issues statement, says ‘journey has been nothing short of a dream’

If public wants I may enter politics: Ex-Bihar DGP Pandey