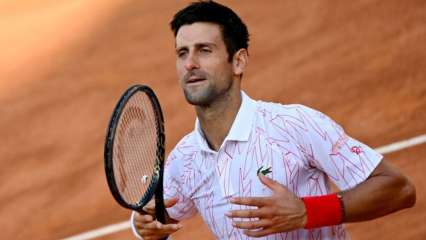 Top seed Novak Djokovic said he was ‘physically, mentally, emotionally’ ready to land a second French Open title after beginning his quest in emphatic fashion on Tuesday. In his first Grand Slam match since being disqualified from the U.S. Open this month for inadvertently hitting a line judge with a ball, Novak Djokovic was supreme in a 6-0 6-2 6-3 first-round demolition of young Swede Mikael Ymer.

Some had suggested the Serbian world number one might suffer a reaction to his New York humiliation but he won the Rome title in the build-up to Paris and on Tuesday extended his season record to 32-1. His only ‘loss’ was the default against Pablo Carreno Busta in U.S. Open fourth round.

While 12-time champion Rafa Nadal remains the slight favourite, the damp and heavy conditions with a lower-bouncing ball appear to be tailor-made for…

Nirmala Sitharaman is wrong. Political protest by itself cannot be criminalised.