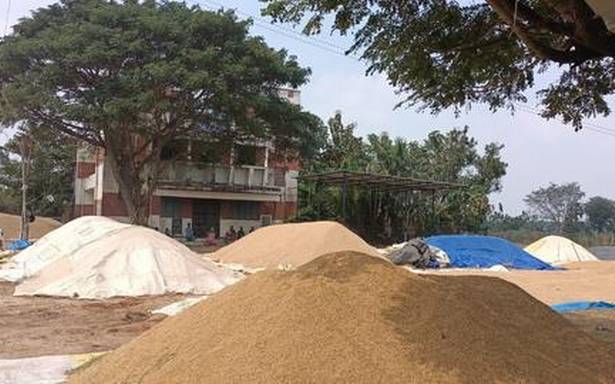 A protest was held by the Communist Party of India (CPI) on Friday demanding immediate opening of direct purchase centres (DPCs) at Ammapettai and surrounding areas.

According to R. Senthilkumar, Ammapettai, CPI Union Secretary, the Tamil Nadu Civil Supplies Corporation has not opened a permanent DPC at Ammapettai and even temporary DPCs that were usually set up at Puliyakudi, Pallavaroyanpettai, Puthur and Kokkeri around Ammapettai during the Samba harvest season had not been opened.

The harvested crop has been stocked in open in large quantity near these centres for the past few days, he claimed and added that the corporation opens DPCs only at the places where the farmers staged demonstrations demanding opening of the centres.

Find mobile-friendly version of articles from the day’s newspaper in one easy-to-read list.

Enjoy reading as many…

Most GameStop Stores Unaffected by Stock Surge, Except in Cleveland

Batsman Ashwin’s Experience Pays Off As He ‘Ambushes’ England