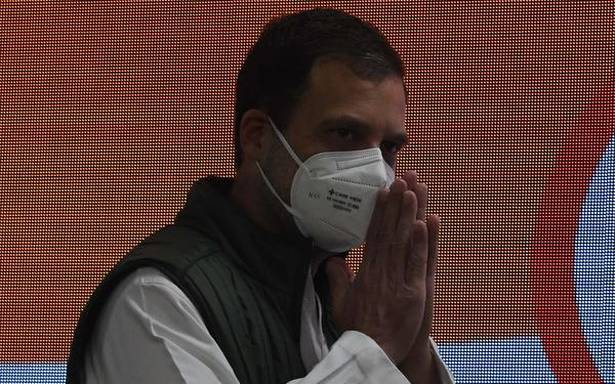 Chairman of the Parliamentary panel on Defence Jual Oram reportedly asked Lok Sabha member and former Congress chief Rahul Gandhi to be brief while asking questions during a meeting of the panel on Thursday.

The Parliamentary panel, of which Mr. Gandhi is a member, has been discussing Demand for Grants for the Defence Ministry since Wednesday and will complete its deliberations on Friday.

The panel is believed to have discussed sensitive issues, including the face off with China on the Eastern Ladakh border.

Sources said when Mr. Gandhi was asking questions regarding expenditure on officers and soldiers, Mr. Oram asked him to be brief. Congress member, Rajeev Satav, then asked the Chairperson to allow his leader to complete his question.

Bahujan Samaj Party member, Danish Ali, also intervened and requested the Head of the Parliamentary panel “to allow a senior member his right to pose question.”

Mr. Gandhi, after he walked out of a meeting of the defence panel in protest in…