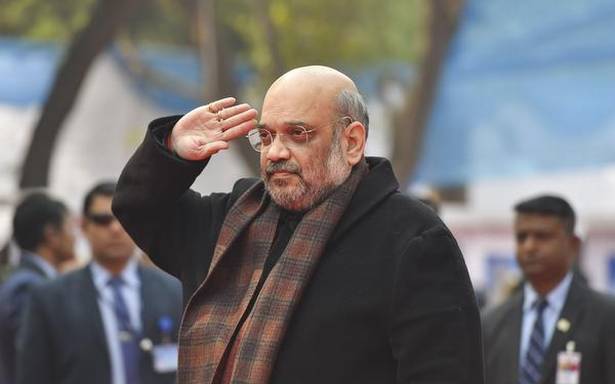 Political rights, culture and language of all communities of Assam are secure under the BJP government, he said.

Union Home Minister Amit Shah on Sunday asserted that the Bodoland Territorial Region Accord (BTR), inked a year ago, has initiated the process of ending insurgency in the northeast.

Attacking the Congress, Mr. Shah said that the grand old party had signed many agreements with different militant outfits in the past, but failed to keep the promises it made.

“I have come here to iterate that Prime Minister Narendra Modi and the BJP are committed to fulfil all clauses of the BTR Accord, which will pave the way for peace and development in the region. It marks the beginning of the end of insurgency in the region,” Mr. Shah said.

Political rights, culture and language of all communities of Assam are secure under the BJP government, he said, during his address on the occasion of BTR Accord Day.

“The prime minister was in Assam on Saturday, and he distributed land pattas…

What will be 2020 finalists Delhi Capitals' strategy for February auction?