Pragya Thakur on ‘temple run’ after EC curbs on campaigning 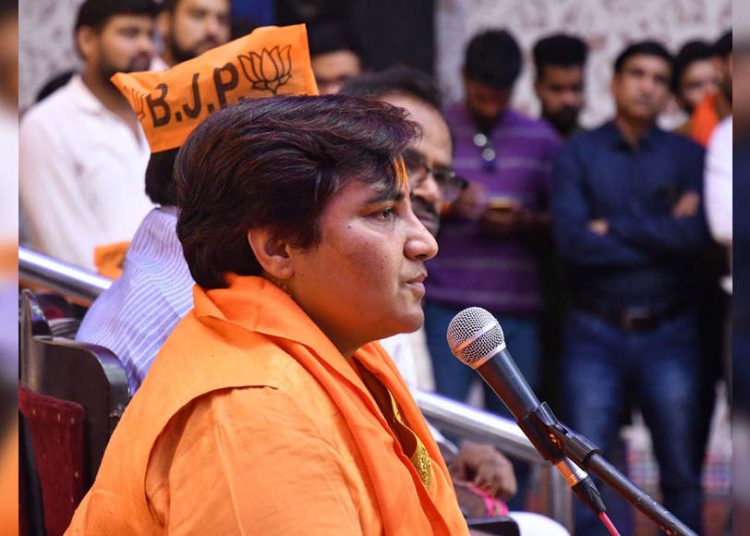 BHOPAL: Malegaon blast accused and BJP’s Lok Sabha candidate Pragya Singh Thakur went on a temple run on Thursday, a day after the Election Commission imposed a 72-hour campaigning ban on her.
Thakur reached the Bhawani Mata Temple at Peer Gate in Bhopal in the morning and after performing aarti, sang bhajans (devotional songs) in the presence of the BJP leaders.
She then proceeded to the Gufa Mandir at Lal Ghati and also to a nearby gaushala (cow shelter), where she offered fodder to the cows and calves.
Thakur appeared to be following in the steps of Uttar Pradesh Chief Minister Yogi Adityanath, who too spent time temple hopping following a 72-hour ban for his “Ali-versus-Bajrang Bali” remark last month.
The EC ban followed complaints against Thakur for her offensive remark against 26/11 Mumbai terror attacks martyr Hemant Karkare and her boast that she had participated in the…
Read full Story ➤
ShareTweetSendSendShare

6 more succumb to virus, toll rises to 349 in Visakhapatnam

Kolkata’s children, elderly and poor most affected – THE REPORTING TODAY

Today is the last day to apply for 1350 flats, check other details