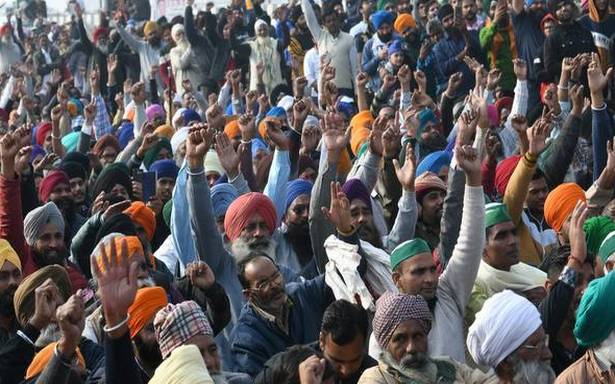 It tells farmers to ensure that citizens of Delhi are assured ‘complete peace’.

Chief Justice of India (CJI) Sharad A. Bobde on Wednesday told the government that it was both “improper and irregular” for the Supreme Court to disallow any rally by protesting farmers on Republic Day.

“It is irregular and improper for this court to disable any rally. It is for the police to decide. We will allow you to withdraw. You are the executive of the country. You decide,” Chief Justice Bobde, heading a three-judge Bench, addressed Attorney General K.K. Venugopal and Solicitor General Tushar Mehta, appearing for the government.

The CJI’s remarks was in response to a submission by Mr. Mehta to adjourn the hearing on a government plea to bar farmers from holding rallies to “disrupt” Republic Day celebration.

Mr. Mehta submitted, “Consider hearing it on January 25… Let us see how the situation develops”.

But the CJI allowed the government to withdraw its plea. “You…

The world needs all the doctors it can get right now. This terminal cancer patient is risking the time she has left to become one