T.N. Constituency Watch: Harbour | Chennai’s gateway goes to the polls with its own set of issues 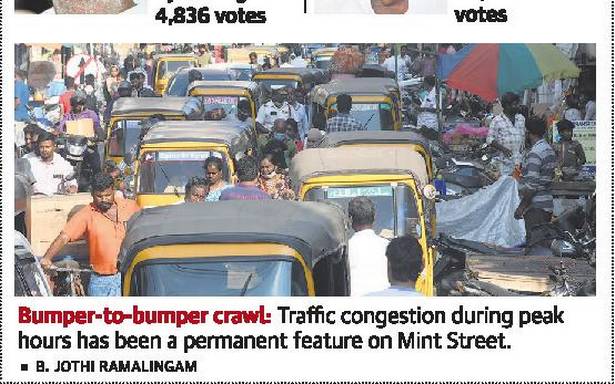 Older than the city that came up around it, Harbour constituency is a hub of trade and is home to a cosmopolitan population. The narrow streets and alleys that dot the constituency are congested. With two major government medical college hospitals, healthcare needs are accessible but infrastructure improvement has been very slow.

The largely business locality co-exists with residential areas. The constituency has its share of pavement dwellers and civic problems. In places like St. Xavier Street, families have lived along the compound wall of the Christian missionary schools for over three decades.

The only improvement is their thatched roofs have given way to tarpaulin roofs. Women head most families here and have to provide as single mothers.

In 2011, Pala. Karuppiah of the AIADMK was elected. But the then Chief Minister Jayalalithaa expelled him in 2016 for “anti-party activities” and since then there has been no active representative here, say residents.