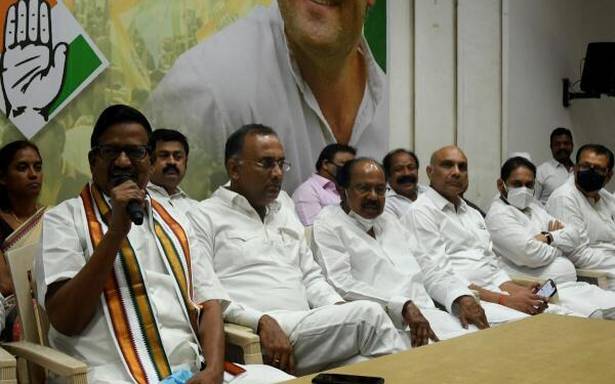 It will get one Rajya Sabha seat and contest in the Kanniyakumari Lok Sabha bye-election.

The DMK and the Congress reached a seat-sharing agreement on Saturday night, ending days of strong posturing by the national party and its veiled threat of walking out of the alliance.

The Congress will contest in 25 Assembly seats and in the byelection to the Kanniyakumari Lok Sabha seat that fell vacant after the death of H. Vasanthakumar. It will also get one Rajya Sabha seat. In a late night development, party leaders Dinesh Gundu Rao, K.S. Alagiri and K.R. Ramasamy met DMK president M.K. Stalin at his residence.

“We have reached an agreement. We will be signing the agreement tomorrow around 10 a.m.,” Mr. Rao told The Hindu after the meeting.

The Congress was left with not many options after the DMK refused to concede its demand for 30 seats. Many in the Congress had been talking of walking out of the alliance if the demand was not met. Some leaders also floated the option of…

‘Next-gen’ USPS vehicles can use gas or electric motors

Economy will shrink by just 6-7 per cent: C Rangarajan