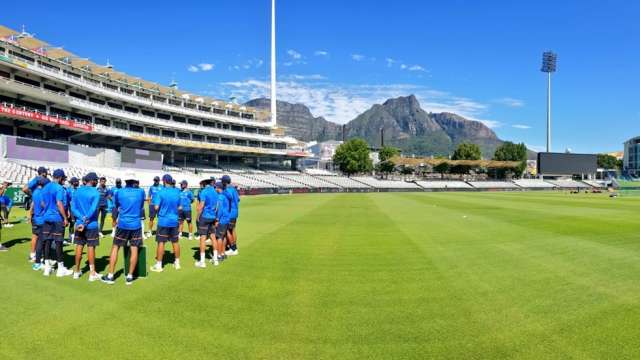 The Men in Blue have ‘begun preparations’ ahead of the all-important third Test match in Cape Town. India and South will clash in the series decider from January 11 onwards with the three-match Test series currently tied at 1-1.


On Sunday, BCCI shared a picture of Team India in a huddle as they started preparations for the third game. In the picture, Indian players can be seen at the ‘picturesque’ Newlands Cricket Ground, with mountains in the backdrop that made for a stunning view.


Sharing the pic on Twitter, BCCI wrote, “We are here at the picturesque Cape Town, Team India begin preparations for the 3rd Test.”


You can watch the picture of Team India’s preparations here:


We are here at the picturesque Cape Town #TeamIndia begin preparations for the 3rd Test #SAvIND pic.twitter.com/U8wm0e0zae

The biggest boost for Team India ahead of the third Test will be the return of Virat Kohli, who missed the second Test match due to an… Dear Microsoft, your latest Windows feature may be quite annoying