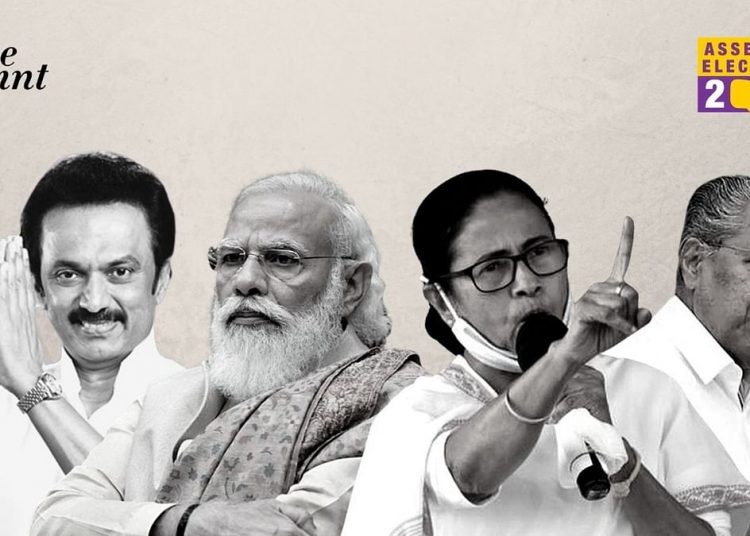 The TMC, as per the CVoter Exit Poll, is projected to secure a narrow win with 158 seats, with a loss of around 53 seats as compared to the 2016 elections. Meanwhile, the BJP is expected to win around 115 seats, a massive jump from the three seats it won in 2016.

Meanwhile, the India Today-My Axis Poll projected a “tight fight” with a potential BJP win; and News X-Polstrat and Today’s Chanakya predicted a return of the Mamata Banerjee-led TMC.

The Republic-CNX and the CVoter exit polls predicted that the UPA will secure more than 160 seats in Tamil Nadu, while the AIADMK-led alliance will get 58 to 70 seats.

And while the News24-Chanakya survey projected that the DMK-led alliance will secure 164 to 186 seats, the India Today-Axis My India poll pegged an even higher number for the alliance at 175-195 seats.

Three out of four surveys –…