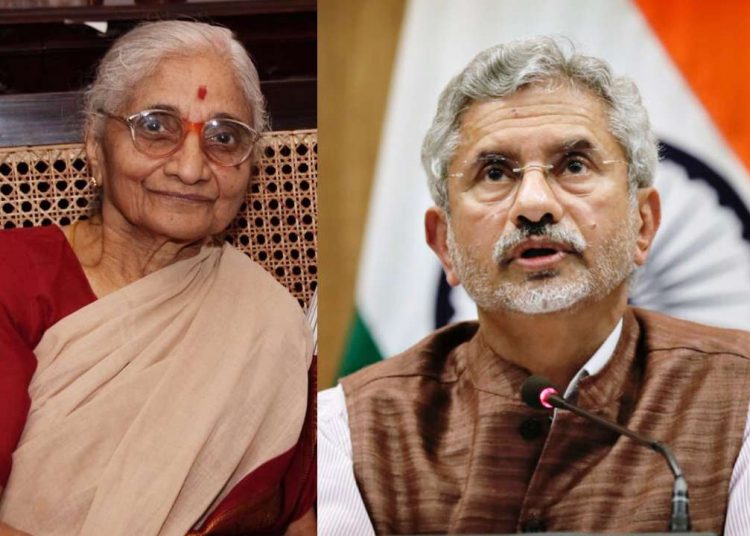 Sulochana Subrahmanyam, the mother of Union Minister of External Affairs S Jaishankar, passed away on Saturday, prompting the nation to stand beside the minister and convey deepest condolences in this time of bereavement.

Union minister S Jaishanker took to Twitter to inform the nation regarding the demise of his mother. He also posted a picture of his mother along with the tweet.

“Deeply grieved to inform of the passing away today of my mother Sulochana Subrahmanyam. We ask her friends and well-wishers to keep her in their thoughts. Our family is especially grateful to all those who supported her during her illness,” External Affairs Minister S Jaishankar posted from his official Twitter handle.

Jaishankar also shared a picture of his mother who was in her late 80s.

Deeply grieved to inform of the passing away today of my mother Sulochana Subrahmanyam. We ask her…

Firefighters Wrest Control Over Half Of Massive California Wildfire