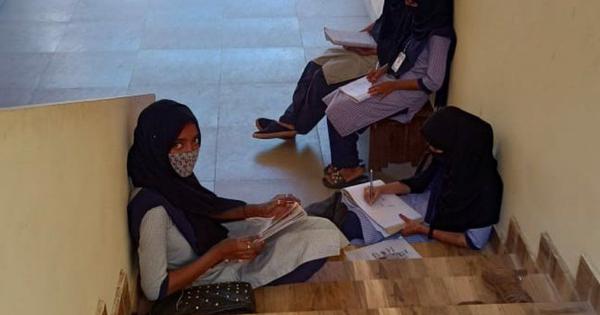 Karnataka Education Minister BC Nagesh on Wednesday said that the practice of wearing hijabs amounted to indiscipline and that schools and colleges were not a place to practice religion, NDTV reported.

A day after his statements, Muslim students of a government college in Udupi district, who were barred from wearing a hijab to class from January 1, have started a protest.

These students said that the college authorities are violating fundamental rights by not allowing them to wear hijab. The girls have also said that they feel uncomfortable around male lecturers without the hijab.

On Wednesday, a meeting between students, parents, government officials and the college management was held. But, it failed to solve the matter, India Today reported.

Subsequently, the college authorities issued an ultimatum to the students – adhere to the dress code to attend classes or wear a hijab and not enter the premises, NDTV reported.

MLA Ragupathi Bhat said that hijabs were never a part…