New Delhi: The stage for anti-CAA protests has shifted from Shaheen Bagh in Delhi to Chennai’s Old Washermanpet area after police and protestors clashed in Tamil Nadu's capital city Friday night. The police detained as many as 100 protestors after the incident.

The Chennai Police also face allegations that it attacked a peaceful procession and made unlawful detentions. The police department, however, claim that it took the action after being pelted with stones when they asked the protestor to vacate the area where they had organised a sit-in protest. 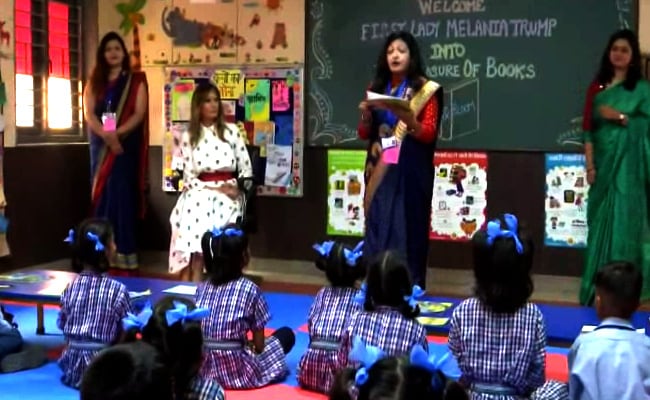 Melania Trump Sits Down With Delhi Schoolchildren At "Happiness Class"

New Delhi: US First Lady Melania Trump sat down with schoolchildren at state government-run school in Delhi this afternoon as she attended the flagship "Happiness Class". Ms Trump was welcomed ...