New Delhi: Amid ongoing border tension with India, Chinese troops have put up massive signage, a map of China on the ground occupied by them in the contested Fingers region of Ladakh's Pangong Lake.

The signage, measuring 81 metres in length and 25 metres in breadth, consists of Mandarian symbol and is located between Finger-4 and Finger-5.

The Mandarin symbol and map illustration are so huge that they can be clearly spotted by satellites, said reports.

PLA troops have also expanded their heliport in the Pangong Tso area, according to latest satellite images. The heliport is located 21.3 ... 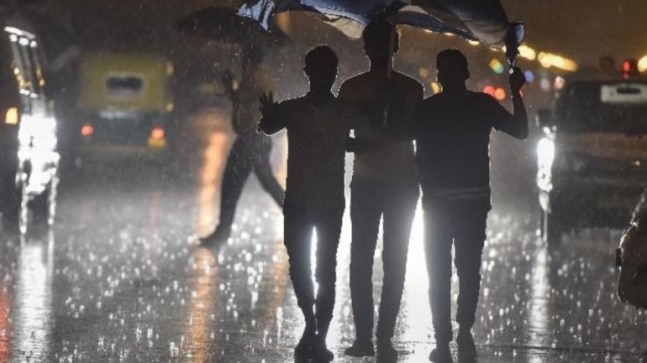 Heavy rains lashed Delhi and several parts of NCR early Sunday morning. According to the Indian Meteorological Department, thunderstorm with heavy spell of rain was witnessed in the national capital. ...