Amid bickering between leaders of the Bharatiya Janata Party and Janata Dal (United) in Bihar, BJP president Amit Shah on Thursday said the alliance of the two parties was "unbreakable" and they will contest the Assembly election this year under the leadership of Chief Minister Nitish Kumar.

His remarks came amid reports of BJP and JD(U) leaders attacking each other on several issues, the chief among them being the Citizenship Amendment Act (CAA) and a proposed pan-India National Register of Citizens (NRC).

"Some people want to spread rumours. I have come here to put an end to all rumours ... 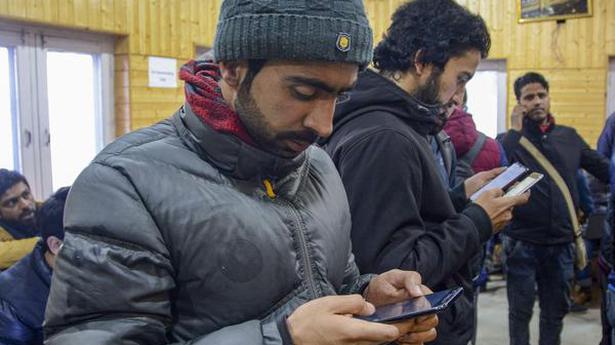 Journalists use their mobile phones at the Government Media Facilitation Centre in Srinagar on January 18, 2020 after the government announced restoration prepaid mobile services in the Union Territory. | ...