Stocking up: Shoppers waiting in a long queue outside an outlet in Melbourne on Sunday after Victoria government announced sweeping restrictions. | Photo Credit: WILLIAM WEST

Australia’s second-largest city Melbourne imposed an overnight curfew on Sunday to halt the spread of COVID-19 cases, as South Africa’s infection count topped more than half a million.

Six months after the World Health Organization (WHO) declared a global emergency, the virus has killed more than 6,85,000 people and infected more than 17.8 million since it first emerged in China late last year.

Fresh clusters have been reported in countries ... 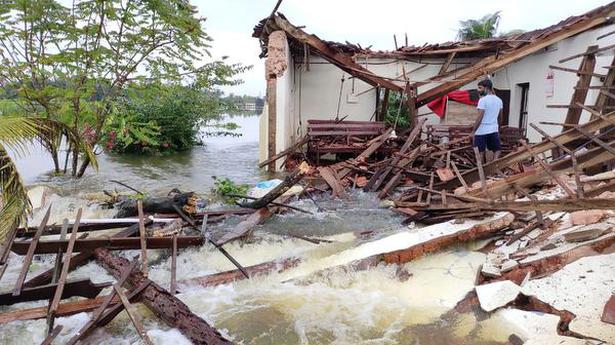 Kuttanad has witnessed at least 21 bund breaches in recent days following torrential downpour and an increase in the inflow of floodwaters from the eastern side. A 151-year-old church at ...