The pitch and the outfield area at Eden Gardens remained totally unaffected even as Cyclone Amphan ravaged Kolkata earlier this week.

The iconic Eden Gardens was spared from the fury of Cyclone Amphan that ravaged the city, leaving only some minor damages to the stadium.

The pitch and the outfield areas remained totally unaffected from the Amphan, one of the worst cyclones to hit the ... 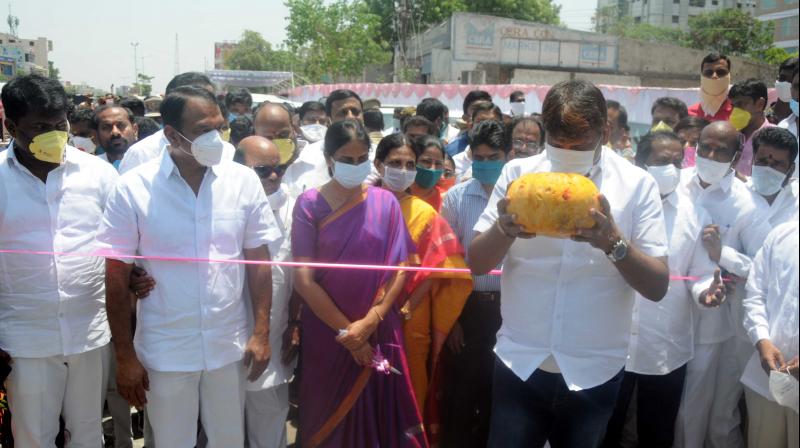 Minister Sabitha Indra Reddy and her supporters throw social distancing norms to the winds as she participates in the inauguration of the LB Nagar flyover in Hyderabad. (DC Photo: Deepak ...