The Maharashtra Anti Terrorism Squad (ATS) on Saturday arrested a man from Mumbai who had allegedly made a call to the social media help desk of the Uttar Pradesh government threatening to assassinate Chief Minister Yogi Adityanath.

The 25-year-old called in the early hours of Friday using a mobile number saying that CM Yogi Adityanath will be assasinated in a bomb blast.

Folowing this, an FIR was registered at Gomti Nagar police station in Lucknow while the UP Special Task Force (STF) started an investigation. The Kalachowki unit of Maharashtra ATS had been conducting investigations in the case on leads ... 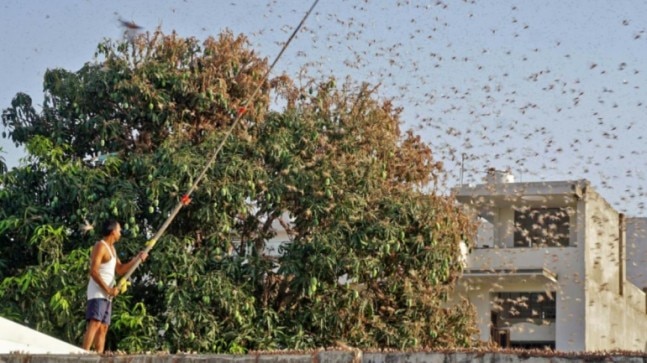 Already crippled by a dwindling economy besieged by the coronavirus pandemic, millions of swarming locusts ravaging their crops is the worst nightmare farmers in North India could have possibly had. ...