Nepal Communist Party's Pushpa Kamal Dahal 'Prachanda' slammed PM Oli after he claimed that efforts were being made to oust him. “The Prime Minister's remarks that India was conspiring to remove him was neither politically correct, nor diplomatically appropriate," Prachanda said.

As soon as the powerful Standing Committee meeting of the Nepal Communist Party (NCP) commenced at the Prime Minister ... 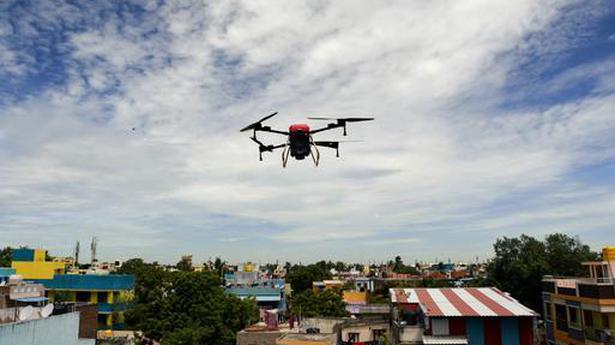 As part of its initiative to combat the COVID-19 pandemic, the Greater Chennai Corporation is going to deploy drones to spray organic disinfectant across the Chennai city. Picture taken at ...