Amar Singh, a Rajya Sabha MP and a political stalwart who once counted significant industrialists and Bollywood stars among his close friends, breathed his last on Saturday in a Singapore hospital. He was suffering from a kidney-related ailment and was being treated for it for quite some time.

It is rare to see a deep friendship between politicians and film celebrities but Amar Singh was a person whose bond with Bollywood megastar Amitabh once became the talk of the town. The two shared a very strong bond and were often spotted together at events.

The friendship started in the 90s ... 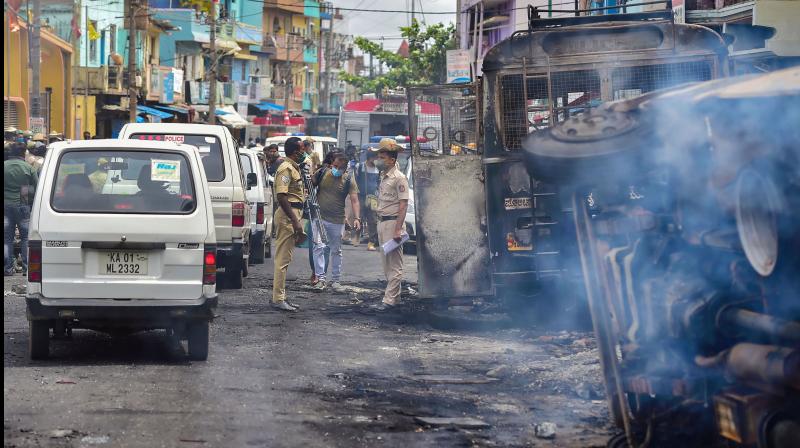 Police stand guard next to charred remains of vehicles vandalised by a mob over a social media post, allegedly by a relative of a Congress MLA, in Bengaluru. PTI photo ...