Juventus' Cristiano Ronaldo, center, celebrates after scoring a goal during an Italian Serie A soccer match between Genoa and Juventus at the Luigi Ferraris stadium in Genoa, Italy, Tuesday, June 30, 2020. | Photo Credit: AP

Cristiano Ronaldo scored with a long-range rocket on a night when each Juventus goal was more spectacular than the other in a 3-1 win at relegation-threatened Genoa.

Since losing the Italian Cup final to Napoli in a penalty shootout, Juventus has won ... 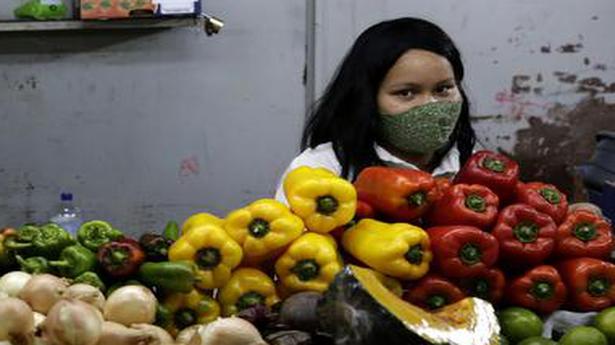 A vegetable vendor wears a mask amid the COVID-19 pandemic as the local government allows the reopening of markets and street fairs in Brasilia, Brazil, Friday, July 3, 2020. | ...