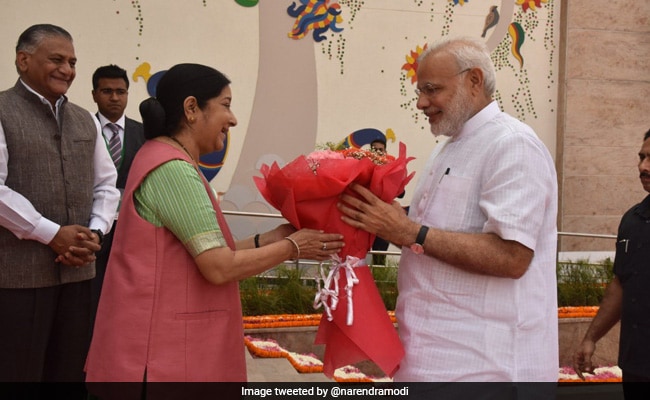 PM Modi tweeted a picture of Sushma Swaraj to pay tribute to her on her birth anniversary.

Sushma Swaraj, the former Union Minister and senior BJP leader who died last year, was remembered today by Prime Ministers and political leaders across the country as they paid her rich tributes on her 68th birth anniversary.

In a tweet this morning, PM Modi paid respects to the former Foreign Minister and remembered her legacy. "In honour of the legacy and decades of public service of Smt. Sushma Swaraj, it has been decided to rename Pravasi Bhartiya Kendra as Sushma Swaraj ... Looking foward to be with people of India, Trump ahead of maiden visit

Looking forward to be with the people of India, US President Donald Trump on Sunday left for a historic visit to the country, which officials said will "demonstrate strong and ...