Srinagar, July 03: A 3-year-old boy survived terror attack on Wednesday after Jammu and Kahmir police came to his rescue in a terror attack on the Central Reserve Police Force (CRPF) in Sopore town. The attack took place at the Model Town in the Sopore area, this morning.

A heartbreaking image of a police officer holding the child, at the spot where the terrorist attack was reported has gone viral on social media.

"Jammu and Kashmir police rescued a three-year-old boy from getting hit by bullets during the terrorist attack in Sopore," said the tweet by the Kashmir Zone Police.

3 terrorists gunned down in encounter at Jammu and Kashmir

The child was travelling in a Maruti car with his grandfather from Srinagar to Handwara when it was hit by a spray of bullets in Sopore town, which is in Baramulla district about 50 km from Srinagar ... 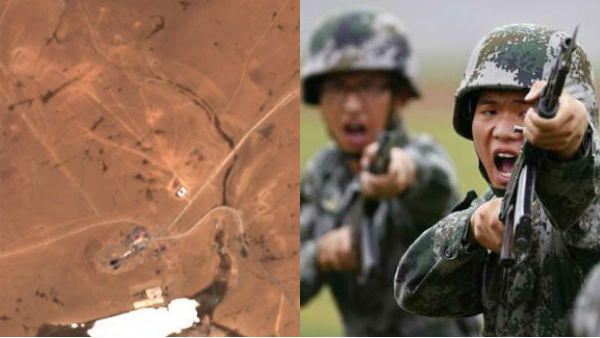 New Delhi, July 07: China has withdrawn troops at least by one kilometre in the Galwan River Valley. Who is Galwan Valley named after and what is the India-China dispute ...